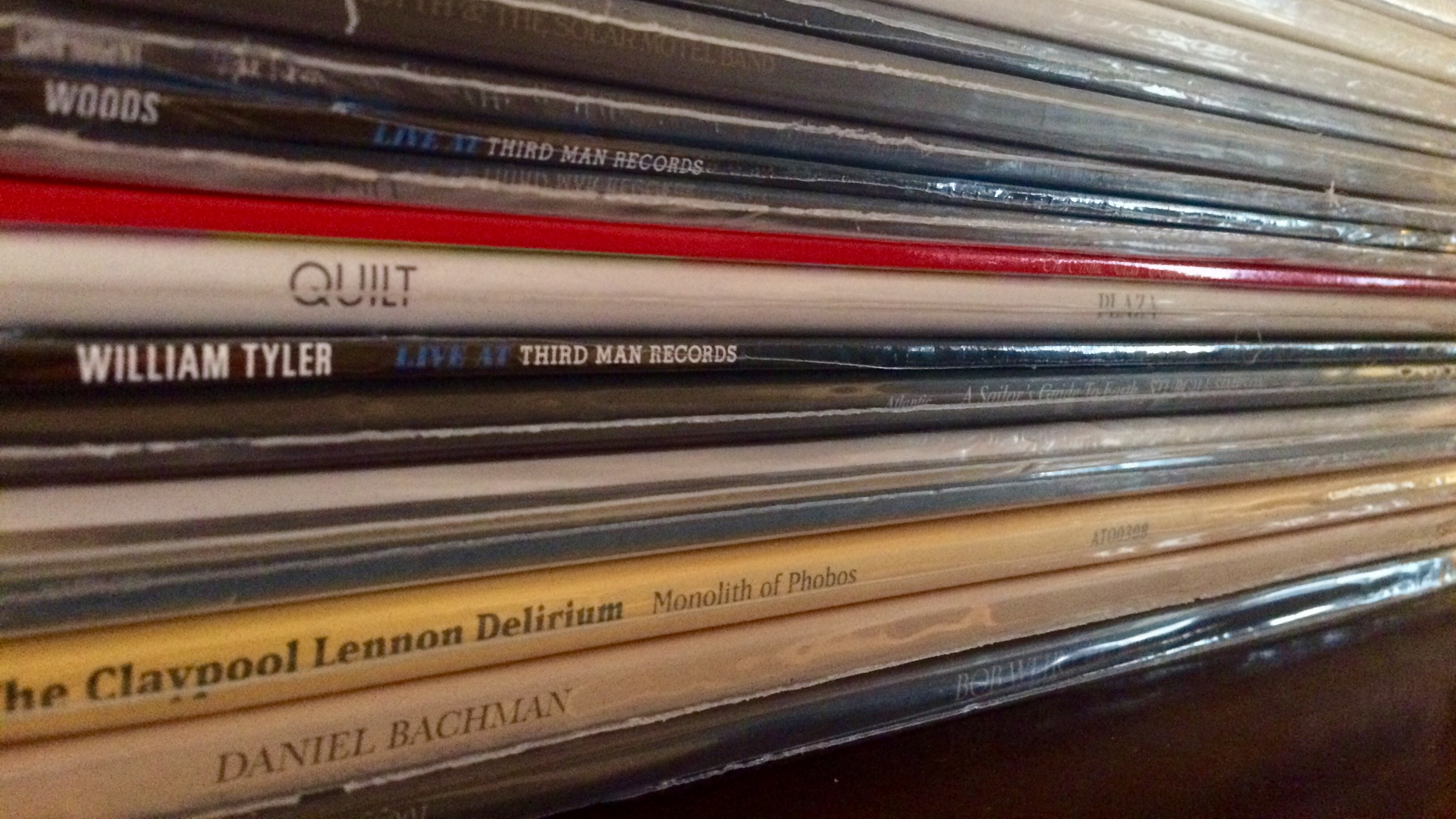 My Favorite Records of 2016 Of course, to every rule, there is an exception (except for that rule) and so I’ll say, unequivocally, that the album whose weight, artistry, musicianship, and writing most affected me is David Bowie’s “★” (aka “Blackstar”). Bowie turned his mortality into art. He lived and died privately but, as he left us, he threw the doors wide open. Songs about love, life, sex, and death backed by a stunning jazz band straddle the hazy lines between rock, pop, and jazz. His voice, not the same as his younger days resonates with strength and wisdom as he sings these songs and breaks my heart with every spin.

I could end this article here and feel confident in its accuracy.

Let’s cast the net a bit farther, though, shall we? In my ongoing effort to absorb the work of a certain sort of guitar players, I naturally spent a lot of time with Daniel Bachman’s latest self-titled release. Bachman builds on the traditions of John Fahey and Jack Rose and the like but, as with his previous record, “River”, he is forging his own tool kit and blazing his own path. The new record merges the more experimental side of his earlier work while building on the agile and lyrical compositions of his more recent releases. The combination is a powerful record that both challenges and delights.

Staying with guitar players, let’s talk William Tyler. “Modern Country” marks another signpost in this man’s development as a ‘solo’ artist. This is not guitar soli album, however. Instead, Tyler brings in a strong slate of players including Wilco’s Glenn Kotche and Megafaun’s Phil and Brad Cook (these guys show up on this page every year in some capacity, don’t they?) A luscious landscape of instrumental Americana is spun out on these two sides. They compel the listener and send me into wistful wanderlust reveries. Also worthy of mention is the release of Tyler’s “Live At Third Man” set. It’s a well recorded solo set that’s well worth your ear.

Another group with a “Live At Third Man” release in 2016 is Woods. This band has put out great album after great album over the past decade with no sign of letting up. This year’s “City Sun Eater” is filled to bursting with jangling guitars, superb lyrics, horns, and infectious melodies. Anyone who reads this site knows that I’m a fan and this album is built to win over more and more listeners. For their hard work, they deserve it. The aforementioned “Live At Third Man” release is a great snapshot of what a strong band they are onstage and serves as a terrific companion piece to the studio record. Great bands come and go but, the ones who stay inevitably have their ups and downs. Wilco, whose current lineup has been around for quite some time, is definitely on the ups lately. Their latest offering, “Schmilco” feels like a band reenergized. Tweedy’s songwriting continues to impress and the musical arrangements marry the traditional and experimental in just the right balance for my taste. At times things are a bit angular and sparse, reminding me of a Loose Fur record but, that’s a high note of praise coming from this desk.

Speaking of “angular”, Radiohead released their “A Moon Shaped Pool” and blew a few minds. The trick with Radiohead is to avoid the trap of comparing them to their past work. It’s so easy to do but completely contrary to their purpose. Radiohead is always moving; sometimes they leap forward, other release jog left or right, but never do they seem to stay true to the course indicated by the previous record. AMSP compels me to listen in full each time I put it in and, for my money, is a strong entry in an impressive catalog. Following his Merge records debut which made this page in 2014, MC Taylor’s Hiss Golden Messenger put out “Heart Like A Levee” and hit he road hard in 2016. This is songwriting is honest that it seems as if it speaks for me at times. But Taylor’s words are also couched in a soulful southern folk rock sound that directly connects the ear to the heart. This is foot-tapping road trip music with equal parts sing along and window gazing songs. I’ll make a quick plug for Phil Cook’s excellent work on this record and I should also note that the extended version has more great songs that, if this stuff does anything for you, you’re going to want to hear.

While on the topic of double albums, if you want an album of loud guitars and few words, I cannot more readily suggest Chris Forsyth & The Solar Motel Band’s 2016 release, “The Rarity Of Experience”. Heavy at times, melodic at others, this album features a powerful and skilled two guitar attack that unabashedly tips its hat to Television. It’s not all instrumental. The songs are potent and well served by their arrangements but you’ll as likely remember to mighty wordless tracks such as “The First Ten Minutes Of Cocksucker Blues” or the lovely Floydian grace of “Boston Street Lullaby”. Bob Weir, of Grateful Dead fame, released a revelation of an album this year. Soft spoken and gently arranged, Weir’s album “Blue Mountain” reaches back to his pre-hippie days as a young man in the fading light of the cowboy West. This set comes as unexpected as Johnny Cash’s American albums and stands with his previous best ‘solo’ album, “Ace” (which was actually a pretty good Grateful Dead album).

Lastly, I can’t omit Phish’s album, “Big Boat”. As polarizing among Phish fans as any of their records, this collection captures a picture the middle age, teetering on the edge of civilizational collapse paranoia and hopefulness that many of us felt in 2016. With honest and simple cuts like Miss You; dire, head-for-the-hills, prognostications like Friends; and the bold prog vehicle of Petrichor, the foursome manages to be both real, quirky, and still very much Phish in a way that is somehow still relevant in 2016.

So, another year is done and, despite being an arbitrary boundary, the New Year feels like a finish line of an ultra marathon. We’ve been stripped of much of the bluster with which we entered 2016. We’re leaner, older, and perhaps a bit more wise as we toe the starting line for the next race. All around, voices from various camps point to falling skies and, while some have been echoing the same cries for centuries, some appear to have merit. How can we run beneath falling skies? How can we not? Dark times? Perhaps that’s just the long nights which surround the Solstice. The short term fix (and perhaps the long term cure) can be found in the aforementioned slab of funk, soul, and hip hop from Childish Gambino. Love may well be the answer for all that ails you and he’s gonna show the way. After all, Pigpen would have agreed that the best light to shine through the night is your Lovelight. So, here, in the end, I’ll add that record, “Awaken, My Love!” to this list because it’s the letter we all need to find in the mail sometimes.

Allow me to leave you with, in addition to the very best of wishes for the new year, a short stack of honorable mentions that may also be worth your time.

Those, presently, are the albums I most love from 2016. By no means is this a comprehensive survey; it’s simply a glimpse back through my own stacks. I hope something within turns you on.