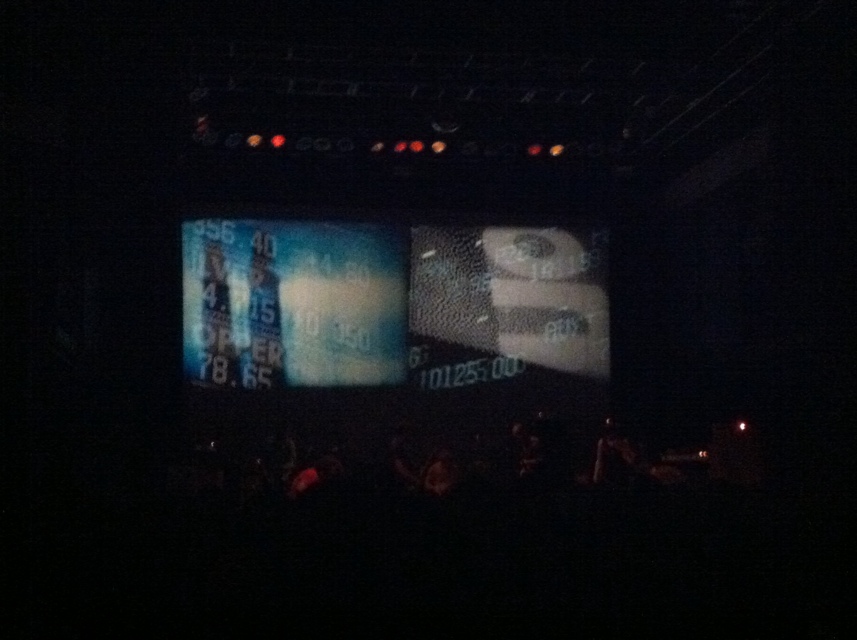 Last night, Washington, DC’s 9:30 Club was treated to one of the handful of shows on GYBE’s sold out US tour. A packed and attentive crowd enjoyed two hours of soaring guitars, blistering violin, and driving percussion. The eight-piece groups masterful use of dynamics took full advantage of the remarkably quiet audience. At times, some band members stepped off the stage, leaving the others to craft quieter sounds and returning for the powerful crescendos. As before,  the band was backed by their stunning visuals which lend social and political context to the music. While the themes and intent are portrayed in an abstract fashion, the tone and tilt of the message is loud and clear.

This being my first GYBE show I was, understandably, blown away. Other, more inveterate fans, commented that time has had an impact but the group still delivered what the fans came to hear. I will certainly be watching for more dates and hoping that we don’t have to wait another eight years…