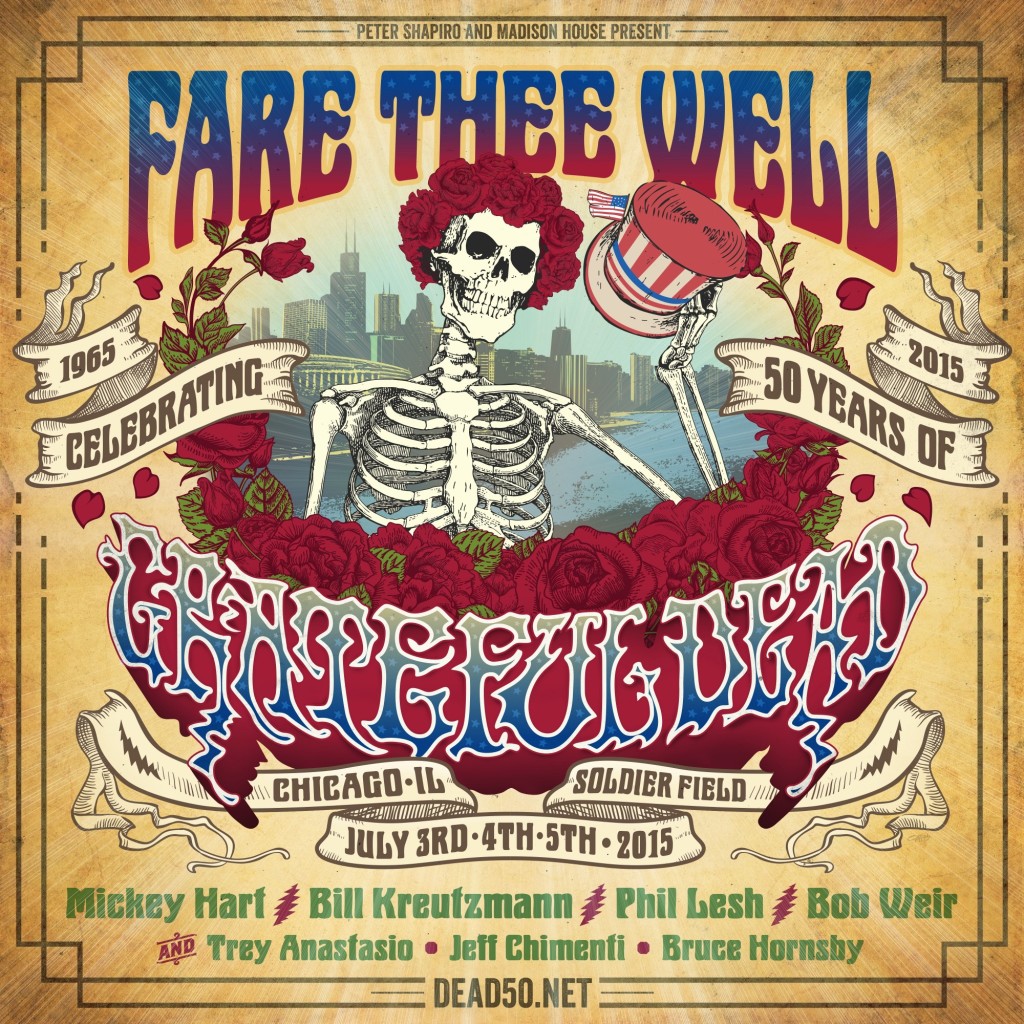 We set off early on Thursday morning from Washington D.C. I and two of my oldest friends, Andy and Modi, with whom I’ve seen countless shows over the past twenty-plus years of friendship. This would be a big one. We were going to Soldier Field in Chicago for the final shows to feature the remaining “core four” members of the Grateful Dead. Two days earlier, Modi and I had marked the 20th anniversary of our last Grateful Dead shows. Now we were flying down the highway towards a great unknown. Having heard the Santa Clara Fare Thee Well shows, our expectations were tempered, at best. In fact, you could say that we were a bit dubious about what Chicago would bring. But, we were also excited. We’d been waiting months for this day to come, and finally, we were Chicago-bound. END_OF_DOCUMENT_TOKEN_TO_BE_REPLACED 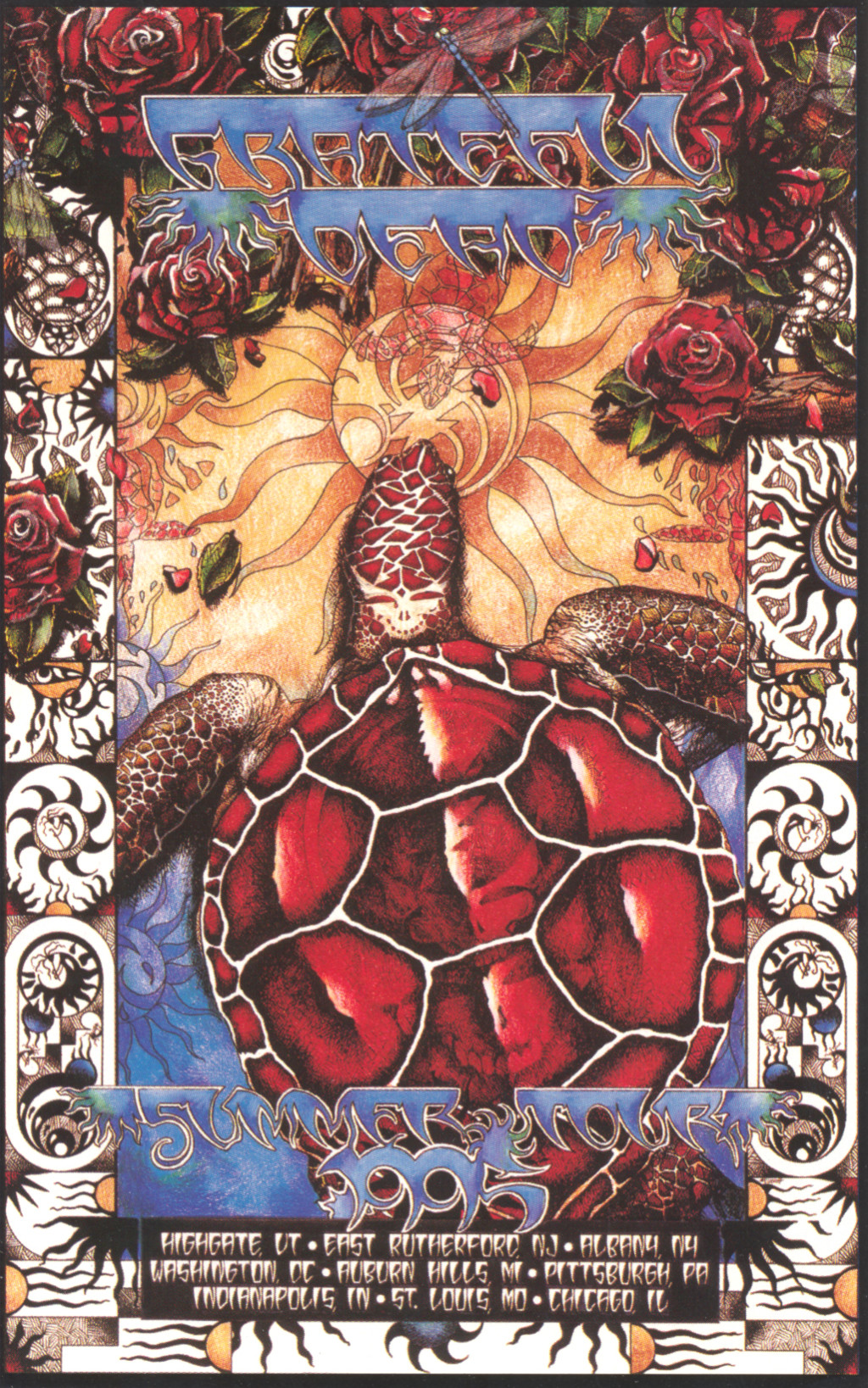 I attended my first concert at RFK Stadium. Not just my first Grateful Dead show; my first concert. I became instantly hooked on Grateful Dead. The magic that they and the audience injected into the mundane urban stadium was equally intoxicating. The stadium itself resonated with energy. Even though, objectively, the first show I attended was the best overall performance I’d ever see from the Dead, I returned to RFK each year. In between, I went to as many other shows, in as many other cities, as seemed reasonable. Btu I always went back. My batteries recharged in that stadium. END_OF_DOCUMENT_TOKEN_TO_BE_REPLACED

The day after the Nissan Pavilion show was a Sunday and an off-day for Phish tour. We took advantage of this to make the trip out to Indiana more leisurely as our return trip would be a hurried, directly-from-the-show drive. Scotty had to work on Tuesday (and so did I) so we enjoyed our drive that Sunday and made camp late that afternoon in a western Ohio state park. END_OF_DOCUMENT_TOKEN_TO_BE_REPLACED 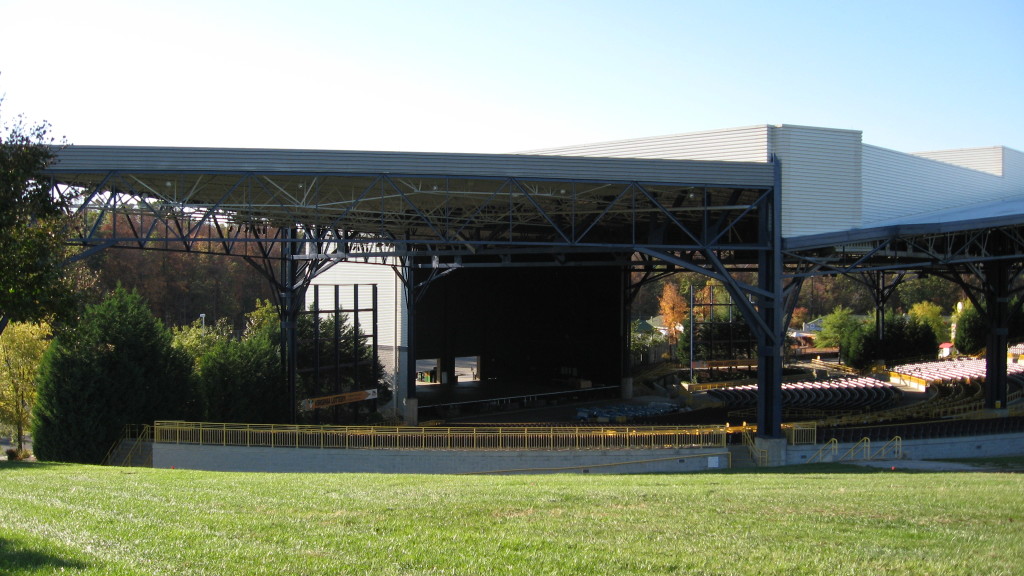 The parking lot was a dust bowl. While the venue had been completed for the season, the lots had clearly remained an afterthought. The absence of order and landscaping could not dissuade us, but the hot moonscape of the parking lot held little attraction once we encountered the heavy security presence, so we made our way into the show a bit early. END_OF_DOCUMENT_TOKEN_TO_BE_REPLACED 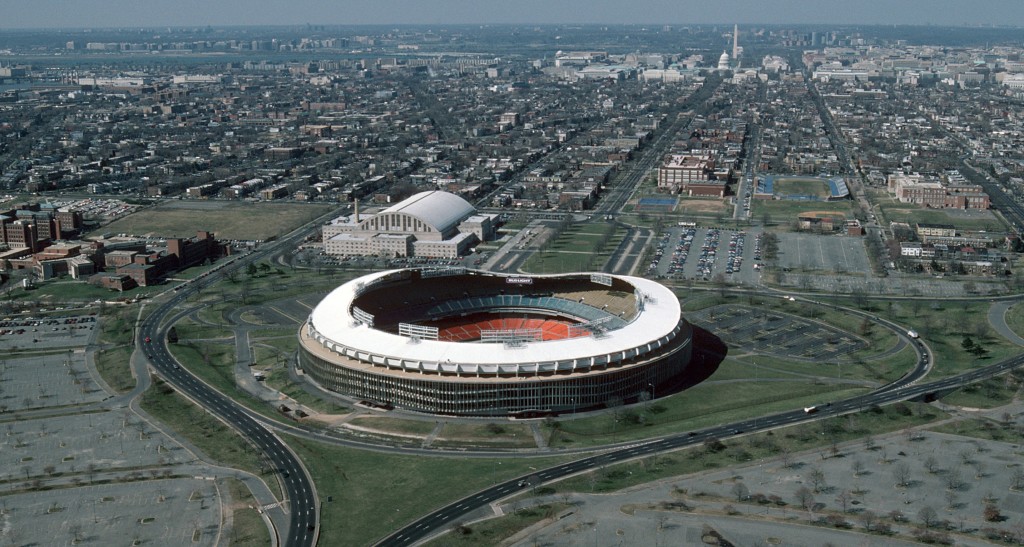 It’s been 24 years since my first Grateful Dead show. This piece, describing that day, first appeared on my website fourteen years ago. I have revised it somewhat but it’s mostly unaltered.

It began, actually, as most any other day in my high school career. But, as I lay in bed, ignoring my alarm clock and blinking the sleep from my eyes; an unsettling thought crossed my mind. It entered, echoed and hung there a bit like an early-morning winter fog.

“The Grateful Dead are playing tonight.”

This alone was not too remarkable as they played on quite a few nights of the year, even in 1991. On this particular night, however, they were playing in my town and I was not going.

I’d never been to a Dead show before; nor any concerts, in fact. This was due to various parental reasons and the fact that I had never found anything so worth rebellion that I’d test my parents crazed midnight curfew. So, on this day, I knew the Dead were in town and I shrugged it off and let it go. Clamoring downstairs, I threw Workingman’s Dead on the record player and commenced my pre-school ritual. June 14 marked the last day of school for my Junior year. I ate my daily frozen-waffle breakfast, hopped into my (Dad’s) Camry and headed to school. END_OF_DOCUMENT_TOKEN_TO_BE_REPLACED